Company LLC “VETA-GRAND” was established in 1993 and specializes in research and development and production of biotechnological products, mainly medical drugs and special biologically-active drugs that provide correction of most important disorders in human body.

The company has highly qualified scientific and technical staff. All the scientific-technical results were obtained by “VETA-GRAND” and its were protected by patents of the Russian Federation and reported in a large number of scientific papers.

At the present time the main efforts of the company “VETA-GRAND” are aimed at development and wide clinical application of new highly effective technologies for diagnosis and treatment of cancer using methods of photodynamic therapy (PDT).

The method of photodynamic therapy (PDT) is based on the integrated use of light irradiation and simultaneous application of chemicals injected into the human body and called photosensitizers. Thus there is selective accumulation of the photosensitizer in the tumor tissue and subsequent light irradiation of the affected area by light with a certain wavelength, it causes the generation of reactive oxygen species in the tumor tissue, the development of biochemical and structural-functional changes in the tumors and their death.

To date, the company "VETA-GRAND" was based on a derivative of chlorophyll A is photosensitizer of new generation "FOTODITAZIN®" (invention patents of Russian Fediration № 2144538 and № 2276976), having properties and characteristics significantly distinguish it from the best-known Russian and foreign analogues. 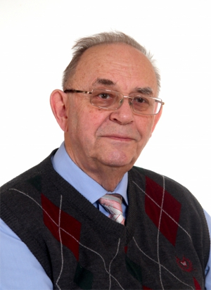 Doctor of chemical Sciences, Professor, chief researcher at the Institute of Biomedical Chemistry, RAMS named by V.N.Orehovicha. The implementator of photosensitizer "FOTODITAZIN".